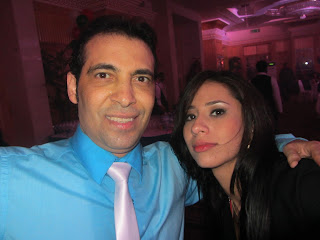 Well.... I have not much to say, already I post some pics from last NYE 2013 party on FB/fan page.
Millennium Hotel in Abu Dhabi, which is always trying to bring something new and attractive to
their costumers... they decided to spend the the new year's eve gala show in the company of Saad el Soghayar to receive the 2013....
I guess all of you my Belly dancer friends, know who is he, isn't? the egyptia shaabi singer from songs like: Hantour, El enb and El kalam Alameen (featured in BDSS CD Vol.3 if I'm not wrong).